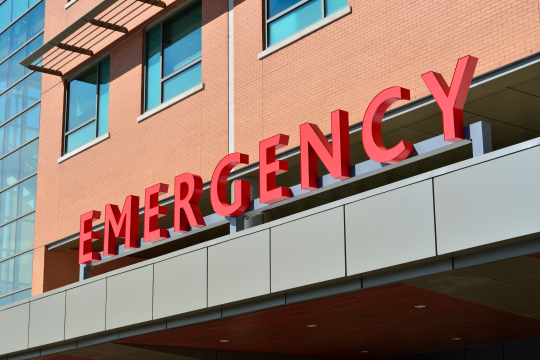 If someone you care about is battling a cocaine addiction, the risk of overdose is likely one of your worst fears. Knowing the signs and being prepared to handle a potential cocaine overdose not only helps keep your loved one safer, it helps you better prepare for the long-term goal of convincing them to get help.

Understanding the risks – how much cocaine does it take to overdose?

A person’s risk of cocaine overdose depends on a number of factors. Cocaine in hot environments often results in dehydration, allowing the drug to do more harm to the body. Certain substances and prescriptions can also increase the damage cocaine use does to the body and puts people at higher risk. Mixing heroin and cocaine, known as “speedballing,” can especially put a loved one at risk of overdose.

Less than a gram of cocaine is enough to cause a fatal overdose, though some with a high tolerance may be able to take multiple grams. The way a person takes cocaine, aka coke, also impacts the chance of overdose.

Some dealers cut cocaine with substances such as flour or cornstarch to stretch out supplies, or drugs such as fentanyl for enhanced effects. These additives can be dangerous as it’s impossible to know how much of the drug a person is taking at a given time.

While these facts are important considerations for harm reduction, it is important to be clear that there is no truly safe way to use cocaine. You can overdose on cocaine even if you are a well-versed user.

People unfamiliar with the effects of cocaine may feel unprepared to know when an overdose is happening. Signs of overdose on coke include:

People with health conditions or who have mixed cocaine with other substances may have additional symptoms.
If you think your loved one is having a cocaine overdose, call emergency services right away.

Currently, there is no medicine that can reverse the effects of a cocaine overdose. Treatment of an overdose is designed to reduce the harm of the symptoms and prevent a severe health issue like a stroke or heart attack, including IV fluids. Doctors may perform x-rays, scans, or other diagnostic tests to determine what damage has occurred. They also may give medication to treat symptoms and try to prevent long-term consequences of the overdose.

These support measures are provided until the cocaine has exited the person’s system. Cocaine has a short half-life, meaning the body does not need a lot of time to process the cocaine. Typically, a cocaine overdose is over in less than 60 minutes.

People who struggle with substance abuse disorder may know they need help, but fear or dislike the idea of being trapped in a cold clinical setting with strangers. Traditional rehabilitation centers often take a one-size-fits-all approach, which can seem impersonal and ambivalent at a time when your loved one needs support and understanding the most. That’s where in-home detox can help.

Detox At Home With Elite Home Detox– A Compelling Alternative

Elite Home Detox is a concierge medical service offering mobile substance abuse disorder treatment. We can help you every step of the way, beginning with our Intervention Specialists who can consult with you and other friends and family of your loved one to design an effective and compassionate plan to urge your loved one to seek help.

Once your loved one agrees to accept help, one of our expert medical professionals can go to your loved one’s home and stay with them 24/7 to help them through the detox process. Your loved one will also receive a dedicated care coordinator, who can help keep your loved one organized and on track throughout the detox and aftercare process.

We know you have many more questions and concerns, and we’re ready to answer them with compassionate honesty. Call or click the button below for a custom consultation today!